Betty was a graduate of Peekskill High School in Peekskill, NY in the class of 1944, with her best friend Veronica (“Ronnie”) Gardner. Betty then attended Ladycliff College in Highland Falls, NY, a small Catholic women’s college.

Betty married Bob Mitch on Valentine’s Day of 1945 at the Assumption Catholic Church, their local parish in Peekskill, NY. Not long after, the Assumption asked the young childless couples to take in an orphan for Christmas. They met and became quickly attached to Joanie Mellon, an 8 year old orphan from the Kennedy Home in Queens, NY who became their adopted daughter. Joanie became a part of their lives and Joanie and Betty were devoted to each other from then on for the rest of their lives.

Shortly after, their son Anthony (“Tony”) F. Mitch was born in 1949.
As newlyweds after WW2, Betty & Bob lived in Betty’s parent’s attic apartment with just a hot plate for a kitchen. As an immigrant from Croatia, Bob had learned cooking skills. As the upper-crust granddaughter of a renowned Dutch chef, Betty had no cooking skills whatsoever. With their combined efforts, they managed to survive. They both became employed with the NY Telephone Company, as were many of their friends, including Betty’s best friend Ronnie Gardner O’Connor.

When Frank Sinatra concerts were nearby, Betty & Ronnie would suddenly become physically ill and have to leave work at the NY Telephone Company so they could see Frank in person. When Betty & Bob were able to purchase their own home, their first home was in the Roe Park neighborhood of Peekskill, and they later moved to 47 Crumb Place in Peekskill, a house at the dead end of the street, the perfect place to raise kids and entertain the other neighborhood kids. A 3 ½ year old little girl from a few houses down was sitting on the lawn, claiming possession of the house, it seemed.

Betty asked her, “Do you come with the house?” Kim said “Yes, but I don’t do heavy housework like dusting.” Kim did indeed “come with the house”, as she visited them almost every day after school. Kim, Bob and Betty often shared open-faced mayonnaise sandwiches in the afternoons after their work days and school days were over. Bob and Betty fell in love with Kim, who they called their “little darling”, and were inspired to try one more time for a little girl, after numerous miscarriages. Maria Anna arrived in 1961 on December 12, Frank Sinatra’s birthday and just in time for Christmas.

Four years later, Betty’s best friend Ronnie had Coleen, and they both finally had their little girls, inspired by Kim. Betty waited so long for her little girl that she loved being a stay-at-home mom for several years. Tragically, Bob died suddenly on Valentine’s Day in 1972.

With Tony off at college, Betty & Maria briefly moved to Florida and lived in one of Betty’s mother’s (“Cato’s”) rental properties. Father Paul Hirschauer, our parish priest in Peekskill, left the Priesthood, and communicated with Betty through Cato. Since most men fell in love with Betty, before long, they were planning to move together to NC, where Paul had found an executive position with the NC Heart Association.

As Betty tried to find a new cause in NC, she then attended business and cosmetology classes, and she found that she loved helping other women find their best physical selves and inner self esteem through cosmetics. This education always included instructions on how to find their inner beauty by devotion to the Blessed Mother and how to pray the Rosary.
Having retired from the NY Telephone Company, and moved on from cosmetics sales, Betty interviewed for a sales position with the Durham, NC branch of the AAA/Carolina Motor Club, and prayed to St. Jude that this would be the right place for her.

Betty soon after joined the membership sales force at AAA/Carolina Motor Club. She listened intently to her customer’s needs and became a member of the President’s Club, which recognized the top tier of salespeople. As a true NY’er, she never drove a car a day in her life, but she was the #1 Salesperson at AAA/Carolina Motor Club for several years during her 17 years with AAA. She retired at age 77, much to her regret. She only retired due to health issues.

Betty’s second husband Paul Hirschauer passed away 7/2/2007 and she continued his tradition of kindness to everyone, as Christ taught us.

Betty loved everyone, and was welcoming of everyone, and would want any monetary memorial gifts to be sent to LGBT causes, to support those in need, whether they were male, female or LGBT.

Offer Condolence for the family of Elizabeth “Betty” Jane Hirschauer 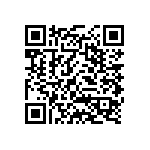