DURHAM – Eleanor Christine Ingram Mallette, 92, of Croasdaile Village Retirement Community, died on Tuesday, November 29, 2016. Born in Arden, N.C., Eleanor was the daughter of the late Viola Lenora Causey of Pleasant Garden and Sidney Oscar Ingram, Sr. of Asheville. She grew up on Long Shoals Road in Arden, along the banks of the French Broad River, and in that river she learned to swim. Eleanor graduated as salutatorian from Valley Springs High School in Skyland, NC in 1941 and earned her A.A. in Secretarial Science from Mars Hill College in 1943. While at Mars Hill she was a member of the basketball team, swimming club, Buncombe County club, business club, and served as a society officer and Friendship Circle Leader. In April 1944, Eleanor lost her father in an automobile accident not far from the family homestead. Later in 1944, she began working as a secretary to an Army colonel in the Air Communications Service based in Asheville. An officer reporting to her colonel had been drafted into service during his junior year in college, was tasked with writing the history of the Army Air Corps, and was assigned a desk near hers. The officer, Malcolm Mallette, too shy to ask her out himself, asked a buddy to call her to express his interest. She said if he wanted a date, he’d have to ask her himself. He did get up the nerve to talk to her and asked her out. Eleanor and Mal married in September 1946 after his discharge and the newlyweds lived in Syracuse until he finished his journalism degree at Syracuse University in January 1947.

Asheville became Eleanor and Mal’s home base as Mal played professional baseball through 1952; first with the New York Yankee organization and then the Brooklyn Dodgers. During the season, Eleanor was known to jump in the car and drive by herself to see Mal play, once driving from Asheville to Kansas City. In spring training 1950, Eleanor and Mal lived in Dodgertown (Vero Beach, FL) in a quadplex for married players. Among the residents were the great Jackie Robinson and his wife Rachel. Eleanor remembered all the players, from Robinson to Newcombe, Erskine, Snider, Reese, Campanella, Branca, and Hodges.

Eleanor could tell many stories about the places she went in her baseball travels, including Havana, Cuba in winter 1951 for the Winter League with her new born first son in tow and then in Montreal for the 1951-52 seasons with the Montreal Royals. She could pull out old picture albums and tell about the black & white photos, including a favorite of her 1-year old son Gary in the arms of Montreal Royals player Tommy Lasorda on the front steps of Eleanor and Mal’s apartment in Montreal.

Between 1950 and 1958, Eleanor and Mal had three sons. She would laugh about the big babies she had given birth to and how their size helped them all become good athletes. Eleanor was the ever-present supporter at their swim meets, tennis matches, baseball and basketball games. She was proud of her “three boys” and enjoyed talking about and sharing their achievements.

Post baseball, Mal’s journalism career took the family to Asheville; Winston-Salem; Paramus, NJ; and, Reston, VA. Eleanor enjoyed keeping in touch with her friends from all the places they had called home as well as several Army couples they met during World War II. Eleanor loved to travel and made trips to Europe and Asia, and all the major U.S. cities, usually finding places in her suitcase for interesting souvenirs, a piece of art, and gifts for her “three boys.”

While not an avid exerciser, Eleanor welcomed each summer and time at the outdoor community pool and was known to do a few laps of backstroke from time to time. When “the boys” were young they never lost in the annual Mother-Son swimming relay at end of the summer. She liked the beach and also being in the boat to watch her husband and sons fish at the family cottage on the St. Lawrence River in upstate NY. Through all her travels and places she lived and visited, she stayed true to her North Carolina roots and never lost her Southern accent.

A difficult time for the family came in 1989, when son Gary was diagnosed with leukemia. Eleanor and Mal temporarily moved to California to live with him to help him through his treatments, which included a bone marrow transplant from one of the other sons. It was a trying time for everyone and Eleanor stayed with Gary, helping him through his recovery. Gary often said he couldn’t have gotten through that period without his Mom having lived there for weeks.

After Mal’s full retirement, and with some encouragement from their three sons, Eleanor and Mal moved to Durham’s Croasdaile Village Retirement Community in August 1999. As part of the first group of residents, they quickly adapted to life at Croasdaile and enjoyed the social aspects of living in a retirement community.

Eleanor’s interest in sports was fueled by her return to ACC country and she was an avid basketball fan. A notorious night owl, she often stayed up to watch three games in a row. With her increasing loss of hearing that began in 1959, she was a phenomenal lip reader. Though she watched ACC games with the sound off, she could tell you which coaches were cussing on the sidelines and what they said.

She is survived by her sons Bruce and wife Julie Rice Mallette of Cary, NC; and, David Mallette and wife Melinda Stubbee of Durham, NC; nine nieces and one nephew.

As requested in 2005, a portion of Mrs. Mallette’s ashes will be comingled with her husband Malcolm’s and eldest son Gary’s ashes and spread on the St. Lawrence River in the 1000 Islands in summer 2017 by her sons Bruce and David. Her urn, along with the urns of her husband and eldest son, will be interred when flowers are in full bloom in the spring 2017 in the Ingram Family section at Ashelawn Gardens of Memory outside Asheville overlooking the Great Smokey Mountains. There will be a small family service at that time.

The family thanks the many Croasdaile Village staff and departments who cared for Eleanor throughout her 17 years as a resident there. Thanks are extended also to the medical team at Duke University Medical Center who saw Eleanor many times over the years, and especially to
the Emergency Department and General Medicine team for their support of Eleanor in her final days.

Memorial donations can be made to education activities at Save The River, Clayton, NY or the National Baseball Hall of Fame, Cooperstown, NY, or a charity of your choice.

Offer Condolence for the family of Eleanor Christine Ingram Mallette 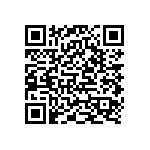