Edward Soulia, loving husband, father, and grandfather (Poppy) died at
home on November 4, 2018 after a brief illness.  He was born on January
18, 1931 in Floral Park, NY, the only child of Catherine Ammerman and
Edward J. Soulia.

Ed served as a Staff Sergeant in the US Air Force during the Korean War
and was the recipient of both the Good Conduct and National Defense
Service Medals.  He concluded his military service as a warehouse
supervisor at F.E. Warren Air Force Base in Cheyenne, Wyoming and was
honorably discharged in 1953.

He began a distinguished career in retail with the J.C. Moag Corporation
in NYC. Over his ten-year career with the company he supervised new store
design and remodel projects across the country and was promoted to
Director of Merchandising.

Ed married Patricia (Pat) Monahan in September 1954 and they welcomed a
daughter, Renee in 1962.  Their honeymoon in the Poconos of Pennsylvania
sparked a love for the mountains that inspired their relocation from
Floral Park, NY to East Stroudsburg, PA in 1965.  Ed continued his career
in retail as the Director of Merchandising for Edinger-Wycoff.

In November of 1977 he was hired by the Montgomery Development Company to
manage the Stroud Mall, the largest mall in the Poconos, which at the time
consisted of 54 tenants and over 300,000 feet of retail space. Ed stood at
the helm of the mall for 17 years, supervising a major expansion in 2002
, which added Sears and the first escalator in Monroe County!

In addition to wanting a quality shopping experience for everyone who
visited the mall, Ed prided himself on promoting philanthropic activities
and entertainment. Over the years he welcomed numerous local organizations
to the mall, including the March of Dimes, MDA, The Hunger Project as well
as art work of local school children, marching bands, and dance troupes.
Hosting celebrities and sports heroes at the mall’s center court such as Whitey Ford of the NY Yankees and Gordon from Sesame Street were highlights of his tenure at the mall.

Two organizations that Ed was passionate about were the Boy Scouts of
America and the Salvation Army.  The Stroud Mall often hosted the Annual
Boy Scout Pine Box Derby Race.

Ed served on the Advisory Board of the East Stroudsburg Salvation Army and could be seen around town as a Bell Ringer during the holiday season.  After his retirement in 1995 Ed served as a volunteer at Pocono Medical Center and in his parish of St. Matthews Catholic Church.  In 2013 the Ed and Pat moved to the Raleigh Durham area to be closer to their daughter and grandchildren.

Ed lived a life whose motto was to be kind and respectful to all and to
leave this world a better place in your own special way.

In lieu of flowers the family requests that donations be made in Ed’s memory to Heartland Hospice 4505 Falls of Neuse Road #650 Raleigh, NC 27609 or

A Mass of Christian Burial will be held 11:00 AM Tuesday, November 13, 2018 at St. Thomas More Catholic Church in Chapel Hill.

The Soulia family is under the care of Hall-Wynne Funeral Service. Online condolences; www.hallwynne.com; select obits.

Offer Condolence for the family of Edward Soulia 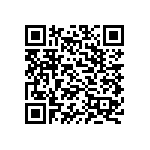