Edward Charles Matthews, 92, died on Friday, October 12, 2012. Edward was born in Schenectady, NY to the late Earl Edward and Elsie Crayfourd Matthews on May 7, 1920. He graduated from the Schenectady Public Schools and from the General Electric Company apprentice program as an instrument maker/designer.

Edward was a WWII Army Veteran with service in the South Pacific. In his youth, he enjoyed hunting and fishing in the Adirondack Mountains. Edward was a member of the National Association of Watch and Clock Collectors and an avid enthusiast of antique watches and clocks. He also enjoyed collecting and repairing them. During his professional career, he worked in the research and design departments for General Electric, IBM, Bureau of Standards, Naval Observatory, and George Washington University. He and his wife, Betty, were long-term members of Penny Road Church of the Nazarene in Raleigh and attended Bethel Christian Center in Durham after moving to Croasdaile.

The family would like to especially recognize the loving care given by Betty McNeil, Alberta Allen, Kelly Agper, and Leontyne Edwards. Their love and affection are greatly appreciated by the family.

Friends may visit the family following the service at the church.

Flowers are acceptable or memorial contributions in Edward’s name may be made to the Croasdaile Village Retirement Community C/O Scholarship Fund, 2600 Croasdaile Farm Pkwy, Durham, NC 27705.

Offer Condolence for the family of Edward Charles Matthews 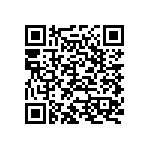