Edna Mae Johnston, 86, of Durham died Tuesday, March 18, 2014 at Duke Medical Center in Durham. She was born in Durham to the late Julius H. Johnston, Sr. and Laura Lee Evans Johnston. She is also preceded in death by her brother Julius H. Johnston, Jr. and a half-sister, Lura Lee Cowley.

A native of Durham, Edna worked at Gann Hosiery Mill for many years. After retiring, she spent most of her time with her sister Anita at their home. She was known for keeping a clean home and enjoying her favorite television shows.

Edna is survived by her loving and devoted sister, Catherine Anita Johnston of Durham.

A graveside service will be held 11:00 a.m. Friday, March 21, 2014 in Maplewood Cemetery in section 17.
Online condolences at www.hallwynne.com.

Offer Condolence for the family of Edna Mae Johnston 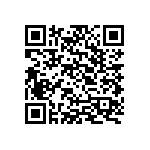