Mrs. Mann, the daughter of Eugene Milton Farrell and Ruby “Luby” Pendergrass Farrell, was born December 6, 1912 in Chatham County. She was a supervisor for Pittsboro Throwing, having retired from there after 45 years of service. Mrs. Mann was a member of Hanks Chapel United Church of Christ.

She is survived by her daughter-in-law, Foy R. Mann; five grandchildren, Bertha Smith and husband Arthur, David Mann and wife Donna, Patricia Mann, Amy Meacham and husband Wayne, Donald Mann and wife Tammy; nine beloved great-grandchildren, three beloved great-great-grandchildren; and a much loved extended family. Mrs. Mann was the widow of Seaton Mann, to whom she was married for 70 years; and the mother of Winfred Leroy Mann, who preceded her in death July 17, 2009.

Friends are invited to visit with the family from 6 – 8 pm Wednesday at Hall – Wynne Funeral Home in Pittsboro and at other times at Mrs. Mann’s residence.

The service to celebrate the life of Mrs. Edna Mann will be held at 11 am Thursday from Hanks Chapel United Church of Christ. Interment will follow in the church cemetery.

Arrangements for Mrs. Mann are under the care of Hall-Wynne Funeral Service of Pittsboro.

Offer Condolence for the family of Edna Farrell Mann 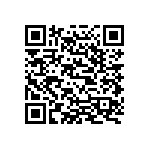