Earl married Anna Mercer Taylor of Southport, NC on June 30, 1941 and shared a wonderful life together for over 60 years.

Earl was a life member and past president of Durham Engineers Club; Life Member of American Society of Civil Engineers and past President of the NC Section of ASCE; Past President of the S.E. Section of the American Society for Engineering Education. He was named “Civil Engineer of the Year” in 1981 by NC Section of ASCE. Earl graduated with a B.S. from V.M.I.; M.S. from NC State; Ph. D. from the University of Texas. Awarded the first PH. D. in civil engineering South of the Mason Dixon Line. After serving in the army during WWII, he began a teaching career at NC State and later at Ga. Tech. He was named Professor and head of CE at Auburn in 1954, later appointed J.A. Jones Professor and Chairman of civil engineering at Duke where he retired in 1981. On leave from the Duke faculty, he was a visiting Professor from 1964-65 at Liverpool University in England and in 1974 at Watersrand University in Republic of South Africa. He retired from the US Army active duty military reserve as a Lt. Colonel in 1962.

Internationally, he was known for his research and development of pre-stressed concrete design and fabrication. His biography has been included in several editions of “Personalities of the South”, Dictionary of International Biographies and “Who’s Who in America”. Earl was a longtime member of Duke Memorial United Methodist Church, he taught The Home Builders SS Class for a number of years. Later he was a member and served as president of the Spence-Kale Bible Class, he was an official member of the Board and served as Chair of the Commission on Education and of the Council of Ministries.

Offer Condolence for the family of Earl Ivan Brown, II 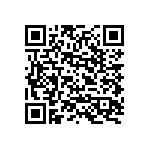