Dwight graduated from Southern High School in 1965, and worked for Wright machine prior to joining the Navy in 1966. He served active as well as reserve duty until 1972. Dwight had a number of skills and interests. He had a love and passion for music with the uncanny ability to play any instrument he put his hands on. He also enjoyed his time being part of St. Philip’s and tending to his gardening activities at home. Dwight worked at Durham Regional Hospital as maintenance supervisor for over forty years.

Offer Condolence for the family of Dwight Thomas Emory 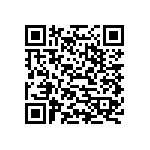