Wilson left for three years to become head of the Division of Biological Psychiatry at the University of Texas Medical Branch in Galveston, Texas, then returned to Duke in 1961. For the next twenty years Dr. Wilson directed the EEG laboratories at Duke Medical Center. In 1964, he was appointed Professor of Psychiatry. He established the program for Christianity, medicine and psychiatry at Duke and trained 138 medical students and psychiatrists in integrative medicine. He resigned the post of division head in 1983 and retired from Duke in 1984.

Post-retirement, Dr. Wilson continued teaching as Distinguished Professor of Counseling at Carolina Graduate School of Divinity in Greensboro for 13 years and saw patients while he was Director of the Institute of Christian Growth in Graham. He retired from the practice of medicine in 2007 after 62 years.

Dr. Bill as he was known by many delighted in pouring his life into his students and witnessing and teaching of the healing power of Jesus Christ through the Holy Spirit. He loved the outdoors and enjoyed teaching the principles of scouting to young men. Right up to his final days he was leading his grandsons through scouting’s God and Country program.

The author of 168 scientific and religion articles, Dr. Wilson regularly contributed to several religious newsletters and magazines. He edited two books and co-authored a book with Kathryn Slattery, The Grace to Grow, the Power of Christian Faith in Emotional Healing. His most recent book was The Nuts and Bolts of Discipleship.

Dr. Wilson’s work with a variety of mission agencies, national churches and Christian organizations took him all over the United States as well as to 31 countries, teaching primarily in medical schools, seminaries and hospitals. He held numerous offices in state, regional and national medical organizations. He was former president of the Southern Psychiatric Association and a member of the board of directors for the American Association of Christian Counselors.

Locally, Dr. Wilson served as president of the PTA in two local Durham schools. He was an active scout leader, serving in many capacities including Cubmaster, Scoutmaster and Explorer Advisor. He served as Commander of the Durham Power Squadron, a boating safety organization.

He was active in his local church, as well as the Methodist Lay Witness movement. He was president of the United Methodist Church Renewal Services Fellowship and director of Good News, a forum for scriptural Christianity in Methodism.

Offer Condolence for the family of Dr. William Preston Wilson 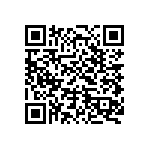