Dr. Sigrid Johanna von Renner Nelius, 94, died April 24, 2018 at the Forest at Duke. A native of Pirna, Saxony, Germany, she emigrated to the U.S. in 1953, becoming a citizen in 1960. Sigrid finished high school in Dresden and attended universities in Innsbruck and Tubingen prior to completing medical education at Munich University Medical School. She began medical practice at the American Hospital in Munich.

Upon settling in the U.S. Dr. Nelius completed residencies in internal medicine and pathology at Vanderbilt University Hospital, Nashville. Sigrid moved to Durham in 1960, wrote her medical board exams, and commenced a lengthy career in internal and bariatric medicine. For many years she was staff physician in the state hospital at Butner, NC, and from 1973-86 was with Duke’s Dept. of Community & Family Medicine as medical director of the Diet & Fitness Center. After retirement from Duke, Dr. Nelius continued working as an internal medicine consultant and bariatrician in private practice. Sigrid Nelius was a dedicated career physician and brilliant scientist who never retired from medicine.

Among her many memberships and citations, Sigrid was active in the American Society of Bariatric Physicians and NC Society of Internal Medicine. She was in Who’s Who of American Women, was made an Honorary Louisiana State Senator; and published articles in several professional journals over the years.

Sigrid remained robust and vital up to her death, never ceasing to maintain her body and curious mind with lifelong passions of art, photography, film, travel, hiking and swimming. She had an encyclopedic knowledge of classical music and savored the many New York trips with her husband to attend the Met. Sigrid was a woman of strong character and determination, and a fascinating conversationalist with the gift of hospitality.

A memorial service with interment will be held 1:00 PM Wednesday, October 24, 2018 in St. Philip’s Episcopal Church, Durham. Memorial gifts to the Benevolent Fund at the Forest at Duke. 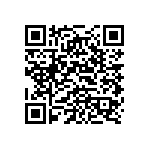