Dr. Ruth Ursula Mitchell, 85, of Apex North Carolina, died on January 7, 2018 at UNC Hospitals. Ruth was born on February 17, 1932 in Cleveland, Ohio. She was preceded in death by her parents Vincas Stasys and Ursula Maciulis, her brother Fr. Bill Mitchell SS.CC, her sister Zita McCartney, and dear friend Charlene “Billie” Nelson. She is survived by her beloved dog Kiddo, her lifelong friend Marilyn Pesci of Indianapolis, and Sandi Barnes of the home, who lovingly cared for Ruth and Billie during the past decade.

She was a Professor Emerita in the Division of Physical Therapy at the University of North Carolina at Chapel Hill, where she also served as Department Chair from 1975-1980. She was nationally known for her expertise in geriatric physical therapy and authored a number of publications on this topic. Prior to coming to UNC, Dr. Mitchell was Associate Professor and Associate Director of the Graduate Physical Therapy Program at the Indiana University School of Medicine in Indianapolis, Indiana.

Dr. Mitchell was the recipient of the Alumni Merit Award from St. Saint Louis University, 1977 and the Olive V. Wortman Service Award from the North Carolina Physical Therapy Association, 1991. She served on numerous advisory committees and remained active in physical therapy education, even after retirement. Ruth was beloved by her Physical Therapy colleagues throughout the country.

Ruth was a long time parishioner at the Newman Catholic Student Center Parish in Chapel Hill where she served as Eucharistic Minister, a member of the Parish Council, and co-leader of the Ministry of Care committee.

Ruth enjoyed fishing, camping, and photography. She also liked to travel, and several times visited her brother Fr. Bill, while he was a Catholic missionary priest in Japan. She will be remembered fondly by her many friends and neighbors for her quick wit, great laugh, and tremendous leadership.

A Mass of Christian Burial will be held at 6:00pm on Thursday, January 18, 2018 at the Newman Catholic Student Center Parish, located at 218 Pittsboro St., Chapel Hill NC 27516. Burial will be at All Souls Cemetery in Cleveland, Ohio on Saturday, January 20 (time TBD).

Offer Condolence for the family of Dr. Ruth Ursula Mitchell 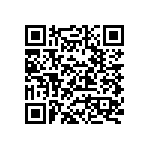