Norm attended Middle Tennessee State College for 2 years after high school, then spent 3 years, 10 months, and 12 days as he loved to tell his friends in the Air Force. He returned to Tennessee and received his undergraduate degree from Peabody College at Vanderbilt University in Nashville, TN. He received his Masters of Biology from Case Western Reserve University in Cleveland, OH, then moved to New York to teach high school. While teaching in Port Washington, NY, he met and married Patricia Tish Duerksen. The couple moved to Eugene, Oregon, where they both earned their Ph.D’s: Norm in Biology and Science Education and Tish in Music. An adventurous couple, the Dr’s. Hoover moved with their growing family to Minnesota, Chicago, Arkansas, and finally landed in North Carolina. Across all locations, the family household was a warm and welcoming temporary home for exchange students, relatives, graduate students and visiting professors, and anyone else who needed a place to stay for a while.
Norm was a loving husband and dad, a dedicated scientist and educator, a charismatic barbershop quartet singer, a passionate Volkswagen tinkerer, and always ready with a goofy joke or groan inducing pun. He will be remembered for his compassion, his love of animals, and his ability to come up with a tune whatever the situation. The family cherished their years in Elmhurst, IL, where Norm was a professor of science education and owned a home biological supply business that provided the neighborhood kids with endless entertainment and included refrigerators full of frogs and tanks of chameleons on top of the TV. A major delight in his life was the summers the young family spent in Colorado, camping by a stream while building a cabin high in the mountains. At his request, his ashes will be spread across the Colorado mountains.

Norm is survived by his wife, Patricia Tish Duerksen Hoover of Durham, NC; son Brian Hoover and wife Julie of Orleans, MA; son Scott Hoover and wife Chutikan of Raleigh, NC; daughter Kim Ashley and husband Lance of Carrboro, NC; and 4 grandchildren, Chris, Gracie, Patrick, and Alex Hoover. He was preceded in death by his sisters, Evelyn and Jean.

Offer Condolence for the family of Dr. Norman Lamont Hoover 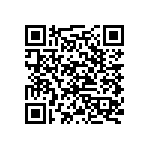