Dr. Leslie F. Malpass, 88, died peacefully on Thursday, March 17, 2011. He was born in Hartford, CT, on May 16, 1922. He was the son of John Frederick Malpass of Rotherham, England, and Lilly Elmslie Malpass of Aberdeen, Scotland.
He attended the Cincinnati Conservatory of Music, and received his BA, MA and Ph.D in Psychology from Syracuse University. He met his wife, Winona, when they were both in the army in WWII, and they were married in 1946. They met while the both worked in the Therapeutic Job Placement Center that Dr. Malpass set up, the first of its kind in the country.
While working on his Masters and doctorate at Syracuse, he developed new ways of working with recidivist delinquents and devised a study of adolescents’ perceptions of school and related those to their achievement in school.
Dr. Malpass taught psychology at Southern Illinois University from 1952 to 1959. While there, he directed a long term study of speech and hearing problems of school-age children to those of visual and auditory perception and mental ability. He became Department Head of Behavioral Sciences at the new University of South Florida, near Tampa, from 1960 to 1965. Besides his teaching activities, he was involved in the planning and organization of the Special Olympics. He was also a consultant to the development of the Peace Corps.
From Florida, he went to Virginia Polytechnic Institute and State University Virginia Tech in Blacksburg, VA, as Dean of Arts and Sciences. He became the Vice President for Academic Affairs there in 1968. He was involved in expanding overseas programs there and developing new degree programs.
Dr. Malpass was selected as the seventh President of Western Illinois University, and served from 1974 to 1987. During his administration, he raised academic standards, promoted faculty achievement, fostered service to the region and enhanced WIU development efforts. He also supervised construction of the architecturally noted University Library. On March 2, 2001, the WIU Board of Trustees renamed the library in his honor.
Dr. Malpass wrote ten books, four monographs and over forty articles published in refereed journals on issues such as humor, assessment, counseling, and university administration. He was an avid golfer, tennis player and swimmer as well as an inveterate traveler; he and Winona traveled often to over seventy foreign countries and every state in the union. His life’s work also included involvement in numerous nonprofit and national organizations. He had a lifelong connection to the Salvation Army, from his early years to the present.
Leslie and Winona retired to Durham, NC, in 1987. He taught at the Duke Senior Learning Center and was on several boards. His favorite location was their condo in Carolina Beach, NC.
He is survived by his wife; four children, Susan Poulton and her husband, John, Peter and his wife Deborah, Jennifer her husband, Tom Droege, is deceased, and Michael and his wife Susanne Kessemeier; five grandchildren, Winona and Sarah Poulton, Jordan and Carter Malpass, and Soren Malpass; nephew David and nieces Stephanie Smith Linda Mughrabi; and other relatives.
Services will be held on Saturday, March 19 at 1:00pm at the Westminster Presbyterian Church in Durham, NC. In lieu of flowers, donations may be sent to the Westminster Presbyterian Church.
The Malpass family is under the care of Hall-Wynne Funeral Service, Durham.
www.hallwynne .com, select obituaries.

Offer Condolence for the family of Dr. Leslie F. Malpass 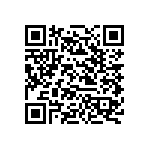