Dr. John Michael Gwin, beloved husband, father and professor, 64, passed away on Friday, April 25th 2014 at home with his wife Suzette by his side in Chapel Hill, North Carolina.

Following the death of his first wife, Dr. Gwin returned to his childhood home in Fairhope, AL, where his parents Irma and E.B. had owned and operated the Bedsole & Gwin department store. There, he married Suzette and they raised a joyful, blended family. Dr. Gwin enjoyed international travel and took every opportunity to get out into the world. He was an avid golfer in his earlier years, and spent a lifetime fascinated by cars and auto racing. Credited with having a profound and positive influence on many of his students, Dr. Gwin also enjoyed the company of his family and lifelong friends from Charlottesville, Fairhope and around the world. He rarely stopped teaching for a moment, always willing to provide advice and a helping hand to those in need. He equally enjoyed a quiet room to read and research his interests and could often be found pursuing new and varied intellectual topics. Dr. Gwin was an active member and volunteer at St. Paul’s Episcopal Church in Daphne, AL, prior to moving to Chapel Hill.

Offer Condolence for the family of Dr. John Michael Gwin 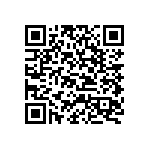