Dr. James Norwood Rowland, age 85, a resident of Oxford died Tuesday, January 13, 2009 at Duke Medical Center. He was a native of Wake County and the son of the late Creston Henry Rowland and Alma Burchette Rowland. He is preceded in death by his wife Virginia Miller Rowland.
He attended Oxford Baptist Church and was on the board of C. A. Dillion School, past president of NC State Optometric Society and past president of NC State Board of Optometry. He was a member of the Oxford Lion’s Club, a member of Oxford Masonic Lodge #122 A.F. & A.M., a member of the Sudan Shriners of New Bern and the Granville County Shrine Club. He was a former basketball player and an avid fisherman and a Wolfpack fan. He was a recipient of many civic and professional awards and was a veteran of the USAF.
Funeral services will be conducted Friday, 2:00 pm at Gentry-Newell & Vaughan Funeral Home Chapel by Dr. J. Steven Bolton. Burial will be in Meadowview Memorial Park.
He is survived by one daughter, Jamie R. Fish of Valle Crucis, NC; one son, Dr. Ronnie Rowland of Oxford; two sisters, Jean Holley of Greenville, NC, Frances Brown of Goldsboro, NC; three brothers, William Rowland of Kinston, Earl Rowland of Raleigh, Allen Rowland of Apex; six grandchildren and two great grandchild.
He was preceded in death by one sister, Isabel Coats and one brother C.H. Rowland, Jr.
Family will receive friends, Friday, January 16, 2009 from 1:00 PM until 1:45 PM at Gentry-Newell & Vaughan Funeral Home, at other times they will be at home.
In lieu of flowers contributions may be made to the Masonic Home for
Children, 600 College Street, Oxford, NC 27565 or to the Oxford Lion’s Club, PO Box 303, Oxford, NC 27565.
Online memorials www.gnvfh.com select obituaries. Arrangement are under the care of Gentry-Newell & Vaughan Funeral Home.

Offer Condolence for the family of Dr. James Norwood Rowland 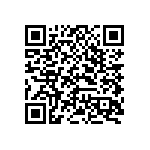