Durham – After a full life, Dr. Howard Lewis died peacefully on August 21, 2017 at Croasdaile Village at the age of 99. He was born in Brooklyn, NY, on May 27, 1918 to the parents of Gustavus and Augusta Lewinson.

When he was 12, he discovered his love of music and got his first saxophone. By the time he was in high school, he started his own dance band, Howie Lewis and the Avalons. He and his band spent their summers playing “gigs” at the hotels in the Catskills, which left him with many fond memories that he shared with family and friends. One year they even won first place in the hotel’s Battle of the Bands!

He received his undergraduate degree from NYU and in 1940, he graduated from the School of Optometry at Columbia University. He served in the U.S. Navy as Inspector of Optical Ordinance in 1942 and then he transferred to the U.S. Army and served from 1943 to 1946.

After leaving the army, Howard was a clinical instructor at Columbia University. While there, he met his wife, Helen Levy, on a blind date. The night they met, he went home after the date and told his mother, “I just met the woman I am going to marry!” Six months later that prediction became reality and they were happily married for 57 years.

In 1952, he and Helen moved to Durham in search of a smaller, more close-knit community and it turned out to be the perfect place for them. In 1961, they joined with other local families to establish the first reform Jewish Temple, Judea Reform Congregation.

Howard began his career in Durham as an optometrist working with another practitioner. Within 2 years, he started his own private practice which he maintained for 26 years, specializing in low vision treatment. He was the first optometrist to serve as an Assistant Clinical Professor in Ophthalmology at UNC, where he directed the Low Vision Clinic. He also served as the Eye Clinic Director at the Federal Correctional Institution in Butner from 1976 to 1988. He spent the last 7 years of his professional life on the staff of Carolina Eye Associates in Pinehurst, where he directed a Low Vision Clinic that was specifically developed and designed for Dr. Lewis. He cared for patients from every corner of the Durham community, and from as far away as Poland and Italy; care and compassion were always his guiding principles.

When not working, he enjoyed inventing useful devices around his home that he made in his basement workshop, traveling the world with his wife, listening to Broadways Show Tunes and big band music and, for 30 years, working out at the gym to stay fit and healthy.

He moved to Croasdaile Village in 2005, where he had a very fulfilling life as an active member of the community. He was their best salesperson whenever prospective members came for a tour. He was fortunate enough to have a rich cadre of friends that he dined with each night of the week.

Offer Condolence for the family of Dr. Howard Theodore Lewis 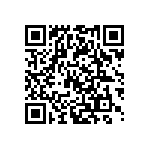