Roddy was a global leader in innovation, research and development of state-of-the-art systems for the purification of drinking water, industrial process water and wastewater for more than 28 years. As founder and CEO of Tempest Environmental Corp. and Tempest Environmental Systems, he designed equipment and systems utilizing the most effective and advanced technologies in water purification with projects in 56 countries and orbiting the earth. Roddy specialized in water reuse for LEED projects and “green buildings”, disaster response, recovery and reconstruction on a global basis. He served as the U.S. government’s lead water and sanitation engineer on multiple Disaster Assistance Response Teams DARTs for the U.S. Department of Defense, the U.S. Agency for International Development and the United Nations worldwide. He was involved in disaster response and recovery projects during the Balkan War in Kosovo and following earthquakes in Japan, Turkey, Greece and Taiwan, massive floods in Central America and Venezuela and hurricanes in the U.S. and Latin America.

Roddy led the UN Water Team and AmeriCares Foundation’s Water Engineering Team in response to the massive tsunami in South Asia. Most recently, he was involved in the response to the devastating earthquakes in Haiti and Chile. In 2000, the NASA Johnson Space Center selected him as a team member for the development of advanced water and wastewater purification technologies for long-duration manned space flight and the colonization of Mars projects. Roddy was appointed in 1998 by the White House under President Clinton and then reappointed under President Bush in 2001 and again in 2009 under President Obama to the Environmental Technologies Federal Advisory Committee, which advises 19 U.S. government agencies on environmental technologies. He has served as chairman of its water subcommittee for more than six years. He was also nominated for the U.S. National Medal of Technology in the environmental technologies sector for his patents on removing chemical, biological and radiological contaminants from drinking water. After the Sept. 11, 2001, terrorist attacks on America, one of Roddy’s patented technologies was the only technology selected for the purification of water in government facilities at risk of contamination in terrorist attacks.

Roddy earned a bachelor of arts degree from the University of North Carolina in Chapel Hill; a masters in business administration from Duke University; and a doctor of science from Canterbury Christ Church University with post-doctorate work again at Duke, specializing in environmental engineering. Roddy proudly served his country while stationed in the U.S. Air Force.

Roddy was so devoted to his family. He met his sweetheart, Connie, at Duke Chapel one Sunday morning, starting a whirlwind courtship that progressed into a loving marriage. They teamed together to parent a special needs son and a vivacious daughter.

His passion for life and knowledge left no stone unturned. Many of Roddy’s travels took him to places where only the bravest of hearts would go. His adventures and compassionate heart for making a difference in other’s lives were reflected in his gifted storytelling. His father, an internationally recognized artist, nurtured Roddy’s love of art. In many ways he was a “Renaissance Man” having a depth of knowledge on many subjects.

Roddy’s creative research mind, determination, tenacity, and faith fueled his fight against an aggressive, rare cancer that inspired many people during the past 3 years. Roddy loved the Lord more than life and praised God every day.

Roddy is survived by his loving and devoted wife, Connie Frey Tempest of Chapel Hill, NC; his two children, Gabriel and Caroline; and his brother, John Tempest of Durham.

Friends may visit Sunday afternoon from 3:00-6:00 p.m. at Hall-Wynne Funeral Service, 1113 W. Main St. in Durham. Funeral services will be held 11:00 A.M. Monday, July 15, 2013 at Duke Chapel with the Rev. Bruce Puckett and the Rev. Dr. Luke Powery presiding. Burial with military honors will be private.

Flowers are acceptable. Charitable contributions in Roddy’s memory may be made to Joni & Friends P.O. Box 9557, Wilton, NH 03086; http://www.joniandfriends.org, 818-707-5664 whose mission is dedicated to extending the message of Jesus Christ to people around the world who are affected by disability, or to Focus on the Family in memory of Gerard Tempest, 8605 Explorer Drive, Colorado Springs, CO 80920, http://www.focusonthefamily.com/, 1-800-232-6459 which is a global Christian ministry dedicated to helping families thrive.

Arrangements for the Tempest family are under the care of Hall-Wynne Funeral Service.

Offer Condolence for the family of Dr. Gerard Roddy Tempest 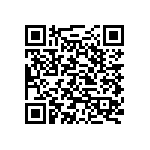