Dorothy Marie Foster (Dee) died August 3, 2018. She was born to the late Emil & Clara Albrecht Jorgensen on February 23, 1922. Dee attended Grinnell College in Iowa and graduated from Northwestern University in 1945. In 1947 she married James K. Foster and they shared 63 happy years together.

In 1964 Dee & Jim moved to Durham and later became members of Trinity Avenue Presbyterian Church. Dee was dedicated to helping others by being generous with her time. For 12 years she donated her energy by running the Snack Shop in Arlington Heights. As soon as they moved to Durham, she became active in Watts Hospital and later at Durham Regional and spent close to 3 years there running the gift shop.

Early on she spent many happy hours with the King’s Daughters. She also worked the polls for over 25 years. Dee is survived by her sister-in-law, Marilyn Foster. She was preceded in death by her husband in 2010.

A memorial service will be held at Trinity Avenue Presbyterian Church on Saturday, August 25th at 10 AM with the Reverend Katie Crowe presiding. Burial will be in Arlington National Cemetery. A special thank you to Alejandra (Alex) Guerrero Hernandez for the dedicated care and companionship.

Offer Condolence for the family of Dorothy Marie Foster 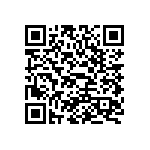