Dorothy Elizabeth Taylor Wilson, 91, died April 21 after a brief illness. A Durham resident for 55 years, Elizabeth graduated from Meredith College in 1948 and received a Masters degree in Social Work from the University of North Carolina in 1951.
For decades Elizabeth shared her love for the Lord Jesus Christ through the Methodist Lay Witness movement, international mission travel with her husband, and hospitality to numerous “adopted” medical students and friends. She was also one of the original volunteers at the “Nearly New Shoppe” raising money for medical school scholarships at Duke Medical School. However, she always said her best accomplishment was being married 63 years to the late Dr. William P. “Bill” Wilson, her five children and their spouses, 17 grandchildren and seven great grandchildren.
She is survived by sons Bill Wilson and his wife Kathy Johnson of Wilmington, Ben Wilson and his wife Liz of Leasburg, Bob Wilson and his wife Angela of Durham and daughter Tammy Wilson of Sudbury, MA. Daughter Karen Chamberlin of Farmville died January 17, 2018 and is survived by her husband Jeremiah Chamberlin. Her surviving grandchildren are Sarah Wilson Miller and her husband Ryan. Jonathan and Denise Wilson and their children Elyana, Jace and Cullen. Eleanor Sharpe and her son Levi, Christopher, Michael, Catherine and Emily Wilson. Chris, Josh, Benjamin and Micah Chamberlin and Micah’s children Hannah, Connor and Luke. Wilson, Samantha and Alison Roberts. Taylor, Matthew and Bobby WIlson.
A memorial service for Elizabeth Wilson will be held at 3:00 pm, Saturday, May 5, at her church, McMannen United Methodist of Durham with a reception with the family to follow the service.
Gifts in lieu of flowers may be made to the Duke Health Hock Family Pavilion or the UNC School of Social Work.

Offer Condolence for the family of Dorothy Elizabeth Taylor Wilson 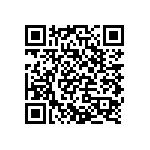