Doris Waugh Betts, 79, died peacefully at her home, Araby Farm, near Pittsboro, NC on Saturday, April 21st, 2012.
A native of Statesville, NC, she was born June 4th, 1932, the child of William Elmore Waugh and Mary Ellen Freeze Waugh, both parents having predeceased her.
She attended Statesville public schools and enrolled in Women’s College, now UNC-G, earning Phi Beta Kappa honors and publishing her first literary work as a sophomore. While still an undergraduate, she married Lowry Matthews Betts of Columbia, SC on July 5, 1952. They soon moved to Chapel Hill where Lowry entered the School of Law. He received his J.D. degree in 1956, and they moved to Sanford, NC for a long and rewarding time together, raising three children. A new chapter began when they moved in stages to Pittsboro: a full professorship blossomed for Doris at UNC, a judgeship for Lowry, and an Arabian horse farm took shape in the woods two miles from the Courthouse. She remained in Pittsboro for the rest of her life, continuing to write fiction and teach. She was an active member of Pittsboro Presbyterian Church where she served as Elder. She retired from UNC in 2000, as Alumni Distinguished Professor of English.
In a long career, it is safe to wager that Doris Betts never wrote an awkward sentence, and it is certain that she never wrote nonsense. She was incapable of writing without grace, originality, and truth. She possessed an additional rare gift of heartfelt empathy for human beings in all their striving, a quality that made her a masterful teacher in adult life. She tempered this compassion with a frank, hard-edged wisdom that reflected her Calvanist roots and won the respect of all who knew her. She rose from humbled beginnings to become one of the foremost writers and educators in the South.
As a young woman, she won a Guggenheim Fellowship, the Mademoiselle Prize for college fiction, the UNC Putnam Award for her first novel, and three Sir Walter Raleigh Awards for subsequent novels. In 1975, she received the N.C. Medal for Literature, the highest civilian award bestowed by the state of North Carolina. Additional honors include: the Distinguished Service Award for Women Chi Omega, the John Dos Passos Award for literature, Chancellorship of the Fellowship of Southern Writers, a Medal of Merit from the National Academy of Arts and Letters, the North Caroliniana Society Award in 1998, and an Academy Award for the stage play, “Violet,” based on her story, “The Ugliest Pilgrim.”
She had few equals as a teacher of English and a mentor of young writers. Students crowded her classes at UNC year after year, often camping out so they could register in time. She received the UNC Tanner Award for distinguished undergraduate teaching in 1973, and was the first recipient of the Katherine Carmichael Teaching Award in 1980. She served as director of the UNC Freshman English program, director of the North Carolina Fellows program, head of the University’s undergraduate honors program, and was the first woman ever elected Chairman of the Faculty at the University of North Carolina. In 1998, UNC endowed the Doris Betts Distinguished Professorship in Creative Writing in her honor.
Home and family were precious delights to Doris Betts all of her life. Her husband, Lowry, and her daughter, Doris LewEllyn, predeceased her. Surviving are LewEllyn’s husband, Prof. Thomas Alvin Mroz, of Clemson University, SC; her sons David Lowry Betts and his wife, Catherine Johnson Betts, of Pittsboro, NC, Erskine Moore Betts II and his wife, Mary Wilcox Betts, of Apex, NC; and grandchildren Anna Josephine, of Pittsboro, Matthew Palmer and William Alston, of Apex. Also surviving, are her cousin Lynda Robinson Johnson, nephew, Jeffrey Freeze and family, and aunt Mary Faye Waugh Reavis and family of Statesville, NC and her cousin Linda Thompkins of Pittsboro. In Columbia, SC, surviving are her sister-in-law, Mrs. Erskine D. Betts Rowena, nieces, Ellen and Mary; and in Fletcher, NC, her niece Rowena as well as their children. In St. Louis, MO, surviving is her brother-in-law, Roger Moore Betts, and Katherine.
Services are at 11:00AM, on Wednesday, April 25, 2012, at the Pittsboro Presbyterian Church. The Reverend Troy Lesher-Thomas will officiate. Interment will follow in the church cemetery. Arrangements are in the care of Hall-Wynne Funeral Service, Pittsboro.
The family expresses special gratitude to Thomas Stinchcombe, M.D., and others in the Department of Oncology, UNC Cancer Center, for their excellent care; to the congregation of Pittsboro Presbyterian Church for their unceasing prayers and witness; to Jackie Glasser, R.N., and the staff at UNC Hospice of Pittsboro; and to Doris’s trusted nurses, Diana and Onelia Tolentino, Carolyn Patterson, Connie Bray, and Leslie Moore, for providing a peaceful ending at home.
Memorials may be made to UNC Hospice, PO Box 1077, Pittsboro, NC, 27312, or to the Pittsboro Presbyterian Church, PO Box 713, Pittsboro, NC, 27312.

Offer Condolence for the family of Doris Waugh Betts 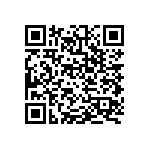