Donald E. McIntire, age 79, of 1410 Cole Mill Road, Durham, died on Saturday, Jan. 28, 2006. Born in Ohio, Don was a 1948 graduate of Auburn University with a degree in Engineering. He received his MBA from Kent State University in 1960. He was employed with Eaton Corporation for the last 35 years and was most recently general manager of the Roxboro, NC Division. An avid golfer, Don enjoyed playing golf with his friends the D.O.G.S., Durham Organization Golfing Seniors. He was a member of the Croasdaile Country Club and the Trinity Avenue Presbyterian Church, where he served as a deacon. He was a veteran of WW II and served in the U.S. Navy.

An important part of Don

Offer Condolence for the family of Donald Eugene McIntire 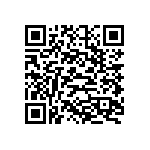