Mr. Donald Anthony Dunbar, 83, passed away peacefully at his home on March 21, 2015. Donald was born August 4, 1931 in Binghamton, NY to the late Ernest and Gertrude Dunbar. He grew up in Binghamton and graduated from North High School in 1949. He married Mary Irene Gill, of Pleasant Mount, PA, on October 12, 1957. The two were residents of Binghamton from 1957 to 1965 before relocating to Durham, NC, where they became a part of the residential community of Parkwood. Mr. Dunbar was a veteran of the Korean conflict before being honorably discharged from the Marines in 1952.  He went on to earn an Associate’s degree in Electrical Engineering from Broome Community College in Binghamton, and his MBA from the Fuqua School of Business at Duke University. This education served him well in his 34-year career as a manager at IBM. Never one to rest on his laurels, after his retirement from IBM in 1990, he put his exceptional mathematical mind to work for ten more years as a Tax Preparation Specialist for H&R Block.

In lieu of flowers, donations may be directed to Transitions Life Care, 250 Hospice Circle, Raleigh, NC 27607 (www.transitionslifecare.org), or to Holy Infant Catholic Church, 5000 Southpark Drive, Durham, NC 27713 (www.holyinfantchurch.org). The Dunbar family is under the care of Hall-Wynne Funeral Home. Online condolences may be submitted at www.hallwynne.com. (Select Obituaries, then Durham)

Offer Condolence for the family of Donald Anthony Dunbar 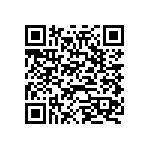