Diane Fay Sullivan, nee Novasio, died June 30, 2018 after a long struggle with COPD. She was born January 24, 1939 in Billings, Montana, the second of seven children born to Mary “Scotty” Scott and Floyd “Pick” Novasio. She graduated from Billings Central Catholic High School and Billings Business College. After a brief secretarial career in Billings, she married her high school sweetheart, J. Timothy Sullivan and moved with him to South Bend, Indiana where Tim finished his degree at the University of Notre Dame. She resumed her secretarial career there until the birth of their first child.

Diane did not work outside of the home again until their third and last child was in college, preferring to concentrate on home making and child rearing through stays in California, Montana, Michigan and Durham.

When her husband left social work, Diane joined him in the practice of massage therapy; first at the Lakewood YMCA, later at their office, Hillandale Massage Clinic. She retired in 2012.

Diane was known for her devotion to her family, her organized/bright mind and her quiet dignity. Underpinning these qualities was a firm religious faith.

She was preceded in death by her parents, a sister, Patricia Budura, and a brother, John. She is survived by her husband of 58 years, J. Timothy Sullivan; sisters JoAnn McAlvey (Gary) of Walla Walla, WA, Beverly Morse (Chuck) of Pacific, WA, Linda Oistad and Susan Busch (Craig) both of Billings, MT; daughters Kathleen Petrizzi (Michael) of Mechanicsville, VA and Colleen Rhymer (Gary) of Jamestown, NC; son Mark Sullivan (Ellen) of Vacaville, CA; and grandchildren Sean, Joseph (Megan) and Mary Petrizzi and Sarah and Ben Rhymer.

A Mass of Christian Burial will be held 10:00Am Friday, July 6, 2018 at Immaculate Conception Catholic Church with Fr. Mario Gomez O.F.M. presiding. Inurnment will follow in St. Matthew Cemetery.

Memorials may be made to Duke Homecare and Hospice.

Offer Condolence for the family of Diane Sullivan 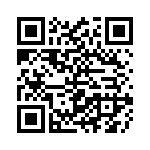