OXFORD:
David Hardwick Proctor, age 77, died Saturday December 20, 2014. He was a native of Vance County, the son of the late William H. and Sarah Carey Proctor. He was a member of Salem United Methodist Church, a choir member, and lay leader; a former employee of Burlington Industries and Lenox China. He was a graduate of Townsville High School and a veteran of the U.S. Army.
Memorial Services will be conducted at 2:00 PM Tuesday December 23, 2014 at Salem United Methodist Church by Reverend Glenn Stallsmith and Reverend Wayne Clark.
He is survived by his wife Diane Hobgood Proctor; four sons, Tony David Proctor of Oxford, Allen Hight of Henderson, Leslie Hight of the home, and Graham Proctor of Oxford; two daughters, Bonnie Proctor of Centerville GA, and Sandra Hatton of Macon GA; two sisters, Margaret Whitby of Macon GA, and Elizabeth Tillery of Macon GA. There are 13 grandchildren, 5 great-grandchildren, and several nieces and nephews.
In lieu of flowers, memorials may be made to Salem United Methodist Church, c/o Nancy Burnette, 404 Harris St., Oxford, NC 27565.
The family is under the care of Gentry-Newell & Vaughan Funeral Home. Online condolences may be made at www.hallwynne.com.

Offer Condolence for the family of David Hardwick Proctor 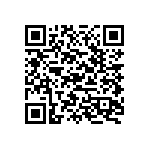