Born August 31, 1933, in Sullivan, Illinois, he received a Bachelor’s degree in mechanical engineering from The University of Illinois Urbana-Champaign. Dave was a long-time resident of Cocoa Beach, Florida where he worked for General Electric Co. during the Apollo era. He later worked for Harris Corporation. After retiring from engineering he spent time as a substitute teacher at Cocoa Beach High School and also worked at Cape Canaveral Hospital. Dave was an avid gardener and enjoyed fishing, reading, World War II history, science fiction, and watching football. Five years ago, he and his wife moved to Durham, NC, to be closer to their adult children.

Survivors include his children, daughter Kathryn A. Bailey and her husband Adam C. Wenzlik of Durham, NC, and son David C. Bailey. Jr. (“Jake”) and wife Shelly M. Bailey of Midlothian, VA. Dave also had four grandchildren and was preceded in death by his wife, Jo Ann Bray Bailey.

In lieu of flowers, memorials may be made to the Duke Hock Family Pavilion – 4023 North Roxboro Street Durham, NC 27704 or to the Humane Society.

The Bailey family is under the care of Hall-Wynne Funeral Service. Online condolences: www.hallwynne.com, select obituaries.

Offer Condolence for the family of David Clarke Bailey, Sr. 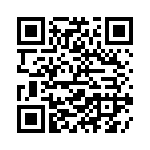