David Albert Helms passed away peacefully on Sunday, December 16, 2012, at his residence in Durham, NC. He was born on November 9, 1948 in Charlotte, NC, the son of Robert and Hazel Helms.

David graduated from NC State University with a BS in Physics in 1970. On January 1st, 1972, he married Cathy Kay Jones in Knotts Island, NC. He attended Duke University where he earned a PhD in Physics. Following graduation in 1977, he was awarded the Alexander von Humboldt Fellowship to continue his research in Giessen, Germany. He and his wife, Cathy, moved to Houston, TX where he held a post-doctoral appointment at Rice University and later a position as a scientist at Texaco Research Laboratories. The family relocated to Durham, NC where he was a software engineer in the Research Triangle.

David is remembered for his dedication and love for his family and friends. He took every opportunity to remind his wife and sons how much he loved them and how proud he was of their accomplishments. People who knew David and Cathy witnessed the devotion they had for each other during their 40 years of marriage. Everyone that knew David benefitted from his kind-hearted spirit and unparalleled honesty.

Flowers are acceptable or memorial contributions in David’s name may be made to the Frontotemporal Lombar Degeneration Association at FTLDA, PO Box 171221, San Antonio, Texas 78217.

Offer Condolence for the family of David Albert Helms 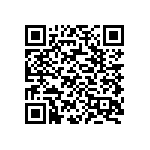