Dave Wiley Roberts, 84, of Pittsboro, passed away peacefully on Sunday November 30, 2008 at UNC Memorial Hospital, surrounded by his wife and daughters. Dave was born in Birmingham, Alabama on July 4, 1924; his family moved to North Carolina in 1928. He served in the Navy during WW II in the South Pacific as a tail gunner on a B-24 bomber. He flew 33 combat missions in enemy territory and received the Air Medal and Distinguished Flying Cross. Upon separation from the Navy, Dave attended watch-making school and became a certified watchmaker. He was the owner of Roberts’ Jewelry and Drug Sundries for 25 years. He worked on many commercial construction projects as a building supervisor for Triad Construction Co. He retired from a position as maintenance supervisor at Lenox Baker Children’s Hospital in Durham in 1986. Dave’s hobbies included creating beautiful pieces of furniture from his woodworking shop. He made a variety of different tables, always giving them to family and friends. He also enjoyed many years on the golf course with his friends. He and his wife were fortunate to travel to Europe and Canada as well as many places in the US with friends and family.
Dave was a charter member of the VFW Post 7313. He served on the Chatham County Board of Education from 1971-1976. For many years he was very active in the Pittsboro Baptist Church, where he was a lifelong member.
Surviving are his wife of 61 years, Sara Corbitt Roberts; daughters Emily Foushee and husband Frank of Pittsboro, Martha Morse and husband Matthew of Glen Ellyn, IL; Susie Phelps and husband Chris of Weddington, NC; grandchildren Marcia Foushee, Matthew Foushee and wife Kristy, Martin, Lizzy and Sydney Morse, and Ben Phelps; great-grandson Wiley Foushee; half brother Jim Haynes. He was preceeded in death by his mother Almerdine Haynes and father Archie Dan Roberts, Sr. and step-father Fred Haynes and his brothers Archie and Bob Roberts.
The family will receive friends from 7 to 9 pm Tuesday, December 2nd at Griffin Funeral Home, Pittsboro. A funeral service and celebration of Dave’s life will be held at 2 pm on December 3rd at the Pittsboro Baptist Church.
Those wishing to make memorial contributions may elect to send donations to Chatham County Council on Aging or to the charity of their choice.

Offer Condolence for the family of Dave Wiley Roberts 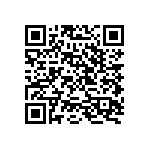