Daniel R. Wheeler, age 67, passed away peacefully after a battle with cancer on Saturday, March 23, 2019. He was born on August 8, 1951, in Durham, NC to the late Robert “Bob” Wheeler and Bernice “Bunny” Moran Wheeler. He was a 1969 graduate of Northern High School, where he played football and was the lead in the senior play “South Pacific.”

After graduating from the University of North Carolina in 1973, Dan began his career in the medical field by studying at Vanderbilt and working in the Philippines. His passion for travel, healthcare and helping others would persist throughout his life. He founded Transtate Equipment Company, a successful medical imaging business, and leveraged his success to help establish cath lab programs in underserved areas of the world while working with the Heineman Foundation.

Dan was always willing to lend a helping hand, serving as a trusted friend, mentor, and champion to many.

Offer Condolence for the family of Daniel R. Wheeler 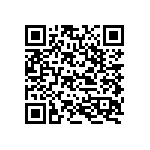