DURHAM: Daniel Edgar Hancock, 85, passed away peacefully on August 1, 2012 at Duke University Medical Center. He was born August 18, 1926 in Aberdeen, North Carolina, the only child of Daniel B. and Margaret Yow Hancock.
After graduating from Aberdeen High School, Dan worked with General Motors Corp. in Cleveland, Ohio and Marietta, Georgia building B29’s for the war effort. He enlisted in the Navy and served in the Seabees during World War II. After an honorable discharge from the Navy, Dan returned to Aberdeen and served as the Supervisor of Moore County’s campaign to stop the spread of polio through the control of mosquitoes. He attended Pfeiffer and Catawba Colleges before marrying Irene Rummage on April 16, 1949.
An entrepreneur from an early age, Dan owned and operated several businesses in Moore County, including service stations, a Firestone tire store, a tire recapping business and several fish markets. In 1957 the family moved to Durham where he became the first franchisee of Midas Muffler Shops in North Carolina; he eventually opened other Midas locations. He and Irene were instrumental in acquiring the North Carolina Candle and Soap Company in the mid 1960’s and relocating its manufacturing operations to Durham.
Dan and Irene were very compassionate and cared deeply about people. Neither of them ever met a stranger and had many friends throughout North Carolina and the nation. Raising two sons was not enough for them. They found ways to support and mentor other young men over the years, including providing them housing and education. Several members of this extended family consider them their second parents.
While in Durham, Dan was a member of the Durham Jaycees and the Durham Community Lions Club, where he served as President. He was a Mason and member of Scottish Rite Shriners. In 1979-1980 Dan served as North Carolina’s Grand Royal Patron for the Order of Amaranth. Later in 1983 he served as President of the NC Quarter Horse Association and was involved in the development and construction of the James B. Hunt Horse Complex at the NC State Fair Grounds in Raleigh.
Irene died in 1990, and in 1998 Dan married Carolyn Barnes of Charlotte, where he then moved. He was a member of First Baptist Church while in Charlotte. Not one to be inactive, Dan began delivering vehicles throughout the southeast for several automobile dealerships. He made many new friends through this activity, all of which enjoyed the fellowship of being on the road together in their retirement years. After Carolyn’s death in 2010, Dan returned to Durham to be closer to family and friends. He is survived by sons, Stephen E. Hancock and wife, Lisa Powell of Durham, and Michael H. Hancock and wife, Bryan Boddie Hancock of Rocky Mount, and granddaughters, Catherine Hancock of Raleigh and Rebekah Hancock of Nellysford, VA.
Friends may visit 6-7:30 PM Friday at Hall-Wynne Funeral Service. A graveside service with military honors will be 1:30 P.M. Saturday at Maplewood Cemetery, Annex A for those wishing to attend. A celebration of Dan’s life will follow in the Chapel of Hall-Wynne Funeral Service at 2:00 PM. The family will greet friends and family at 3609 Hathaway Rd, Durham, immediately after the service. Memorial contributions may be made to the Salvation Army of Durham Boys and Girls Club, P. O. Box 1330, Durham, 27702-1330. On-line memorials: hallwynne.com.

Offer Condolence for the family of Daniel E. Hancock 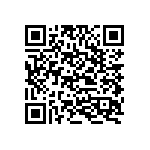