Cynthia Lumpkin Peeden, 45, passed away on Wednesday, August 5th, 2015. Mrs. Peeden was a native of Oxford, NC and daughter of Jayne B. Howard and the late Bobby Lumpkin. She was a member of Salem United Methodist Church and an employee of Xerox Pharmaceutical and Rite Aid Pharmacy as a pharmacy technician. She was a loving wife and mother and was devoted to her family.

Funeral service will be conducted at 2 PM on Sunday, August 09, 2015 at Salem United Methodist Church in Oxford by the Rev. Glenn Stallsmith. Burial will follow at Elmwood Cemetery.

Surviving in addition to her mother is her husband Dennis Peeden; a son, Zachary Peeden; a daughter, Megan Peeden, both of the home; a sister, Amy Schumann (Bob) of Durham; Step-daughter, Amber Purdue of Oxford; a uncle, Jimmy Lumpkin of Oxford, and one niece and two nephews.

The family will receive friends from 7-8:30 pm on Saturday, August 8, 2015 at Gentry Newell and Vaughan Funeral Home in Oxford, NC and other times at the home of Mr. Peeden.

In lieu of flowers, memorial contributions may be made to a charity of your choice.

Condolences maybe made at www.hallwynne.com.

Offer Condolence for the family of Cynthia Lumpkin Peeden 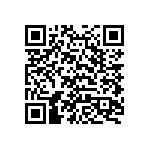