Curtis “Pete” Belwood Lilly, 85 died Tuesday, May 10, 2011 at his home, surrounded by his loving wife, three daughters and all of his grandchildren. Pete was born May 21, 1925 in Ridgewood, NJ to the late George Belwood Lilly and Marjorie Decker Lilly. Pete was recently predeceased by his only sibling, Barbara Lilly Stephens of Summerville SC.

Pete graduated from Ridgewood High School and UNC Chapel Hill. He served in the US Navy during WW II. Following the war, he married the love of his life, Jeanne Brown, and began a business as an independent corporate insurance consultant based in Glen Rock NJ, where he raised his family. Pete ran his company until his retirement in 1999, when he and Jeanne moved to Durham NC.

Throughout his life, he was an accomplished athlete and sports enthusiast. He played semi-pro baseball and participated in various tennis teams playing both singles and doubles with Jeanne. Pete enjoyed his times on the golf course, especially those with his son-in-law and grandsons. He was an avid reader and bridge player, and wrote a monthly bridge column in the Croasdaile Village Voices.

Pete was a man of great integrity in all aspects of his life, with a keen sense of right and wrong. He was honest, hard-working, and successful in providing well for his family. He demonstrated his strong family values through his unwavering support of his children, his generosity and compassion for others, as well as his sense of humor.

A memorial service will be held 2:00 pm Saturday, May 14, 2011 at Few Chapel of Croasdaile Village, 2600 Croasdaile Farm Parkway Durham, NC 27705. The Rev. Chris Tuttle and Rev. Betty Berghaus will officiate.

In lieu of flowers, contributions may be made to the American Red Cross or to a charity of one’s choice

Offer Condolence for the family of Curtis Pete Belwood Lilly 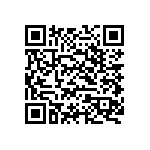