CURTIS C. TILLOTSON JR.
OXFORD: Curtis C. Tillotson, Jr., age 69 a resident of 1207 College St. died Wednesday, February 21, 2007 at his home. He was a native of Granville Co., born April 13, 1937, and was the son of the late, beloved Alfreda Dean and Curtis C. Tillotson, Sr. He is survived by his aunt Nell Leonard Oxford , plus several cousins.
He graduated from Oxford High School in 1955, North Carolina State University-BA 1967 and the University of North Carolina at Chapel Hill-MAT 1973.
He served with the North Carolina National Guard in Oxford for 6 years; he was selected

Offer Condolence for the family of Curtis C. Tillotson 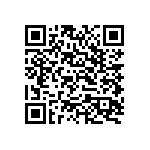