Connie Moody, 80, passed away after a courageous journey due to complications from Alzheimer’s.

Born on New Year’s Day to the late Benjamin and Dorothy Calvert Forehand, Connie grew up in Ocean View, Norfolk, Virginia as a beach girl.

She attended Granby High School and her sweetheart, Fred Moody attended nearby Norview. They were married for 55 years before his passing in 2010. She lovingly raised two children and worked as a secretary at Norfolk General Hospital and later at the law firm of Glasser & Macon.

Connie loved playing bridge, reading, singing, taking trips with church friends and family outings. She taught Sunday school at Indian River Baptist Church for 16 years and sang in the choir. With the help of her siblings, she cared for her mother for over 30 years in her home. After her husband died, she moved to Pittsboro North Carolina and enjoyed the Hanks Chapel community and all that a small town had to offer.

Funeral services will be held 2:00PM, Sunday, August 10, 2014 at Hanks Chapel Christian Church in Pittsboro, presided by Bob Wachs. Connie will be buried in Virginia Beach next to her husband and mother at Woodlawn Memorial Gardens.

She is survived by her son and daughter-in-law Del and Connie Mae Moody; her daughter Paige Calvert Moody; and Sydnee and Austen Matheny. She is also survived by her younger sisters and brother: Dorothy Jean Nabors of Virginia Beach, Butch and Ruthie Forehand of Norfolk, Lynn and Rob Frei of New York, and Pam and Bob Brooks of Virginia Beach. She loved all of her nieces and nephews and was blessed with many.

Special and heartfelt thanks are extended to Ruth Gunter, her daughter Lauren and mother Doris, for their care of Connie. Connie’s life in Pittsboro was enhanced because of Ruth’s love and devotion. Their shopping trips are legendary!

Thanks also to the staff at Twin Rivers and the aides and med techs at Cambridge Hills in Pittsboro.

Stephanie Whiteside and KJ Lauro also bonded with Connie and provided her with warmth and friendship.

Mort and Sandy Matheny opened their home and hearts to Connie. Sandy provided her special decorating touches to Connie’s residences.

Many thanks to Dr. Eric Butler and UNC Hospice for their thoughtful care during Connie’s illness.

Connie was a classy lady, a great mom, a supportive friend, and a devoted wife! She also gave great hugs and exuded warmth and graciousness. She will be forever in our hearts.

In Lieu of flowers, please donate to the state or national Alzheimer’s Society or to the Fred Moody Mission Fund at Hanks Chapel Christian Church at PO Box 366, Pittsboro, NC 27312.

Arrangements for Mrs. Moody are in the care of Hall-Wynne Funeral Service in Pittsboro, North Carolina.

Offer Condolence for the family of Connie Moody 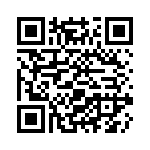