Born November 3, 1929 in East Liverpool, Ohio, Col. Dopler was the son of Harold E. Dopler and Anncille Minerva McDaniel Dopler. He received his degree in Accounting and Finance from Miami University, Oxford, OH in 1951. Col. Dopler enlisted in the US Marine Corps, served in Vietnam and retired as a Colonel as head of the Disbursing Branch at Headquarters Marine Corps. He then went into Civil Service in Pay and Entitlements with the US Coast Guard.

John was a member of Horological Society of Virginia, and served as a tour guide at Pope-Leighey House, a Frank Lloyd Wright house in Alexandria, VA. He was a construction volunteer with Habitat for Humanity; a member of the Pittsboro Kiwanis Club; and was also involved in Masonry for over 50 years, where he was a 32 degree Mason, a Sojurner, member of Scottish Rite, and a Sudan Shriner.

John also enjoyed gardening, clock repair, golfing, and traveling with his family to the mountains.

A memorial service to celebrate John’s life will be held at the Gathering Place, Fearrington Village, on Thursday June 18, 2009 at 2:00 pm, with Rev. Mindy Adams and Rev. Peter Thomas presiding. Masonic rites will also be observed. Col. Dopler’s remains will rest at Arlington National Cemetery. 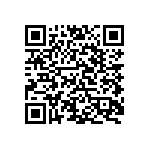