Mr. Ward was born in Raleigh County, WV on April 3, 1917, the son of John Gilbert Ward and Evelyn Cloud Ward. He was a graduate of Lowe’s Grove High School, and served as a deputy with the Durham County Sheriff’s Department before and after his service in the US Navy Shore Patrol during WW II. Following his service, he moved to Chatham County where he farmed and worked at Chatham Mills for a number of years. Shortly after UNC Hospital opened, Mr. Ward began work there in maintanence until his retirement some 20 years later. He was a lifetime member of the Order of the Elks, Lodge 568, in Durham.

Surviving is his sister, Ernestine W. Tew of Atlantic Beach; and numerous nieces and nephews. His wife of 66 years, Zelma French Ward, preceded him in death September 11, 2007.

The service to celebrate Mr. Ward’s life will be held at 11:00 am, Tuesday, April 15, 2008 at Ebenezer United Methodist Church, with Rev. Bob Way presiding. Interment will follow in the church cemetery. Friends may visit with the family from 6:00 – 8:00 pm Monday at Griffin Funeral Service in Pittsboro.

Offer Condolence for the family of Clyde Martin Ward 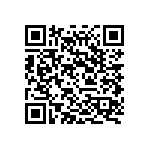