Cliff was a three-time Purdue University graduate, with a B.S. 1966, M.S. 1968, and Ph.D. 1974 all in electrical engineering. At Purdue, Cliff was a member of Phi Kappa Psi where he built friendships that endured throughout his life. Cliff taught graduate school courses in engineering technology at Purdue University North Central, Portage, IN. Cliff’s professional life took place in the steel industry at what is now Arcelor Mittal formerly Inland Steel in East Chicago, IN, where he retired as a Research Scientist. In retirement, Cliff pursued avocations reflecting his love of numbers, statistics and probability, including professional poker and building a probability teaching device, patterned after the Mathematica model that had been installed at the Museum of Science and Industry in Chicago, IL.

Cliff is survived by his loving wife of 46 years, Sarah A. Smith lately of Durham, NC, previously of Beverly Shores, IN; his daughter, Sarah Christine Smith of Raleigh, NC; his son, Adam Clifford Smith and wife, Carla, of Indianapolis, IN; his sister, Barbara Margraff and husband, Frank, of Avon Lake, OH; and his nephew, Ted Margraff, also of Avon Lake, OH.

A memorial service will be held at 3:00 p.m. Saturday, November 9th from the Chapel of the Hall-Wynne Funeral Service, 1113 W. Main St. in Durham, NC. A reception to celebrate Cliff’s life will follow at 4:30 p.m. at Tobacco Road Sports Café. Additional details posted at www.hallwynne.com.

In lieu of flowers, contributions may be made to Duke Home Care & Hospice, http://dhch.duhs.duke.edu/make-donation, or the Prostate Cancer Foundation, www.pcf.org.

Offer Condolence for the family of Clifford Charles Smith 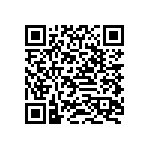