Claudia B. Chappell, a lifetime resident of Durham, died September 14, 2019 at Duke Regional Hospital. She was born in Durham, NC on February 21, 1929 to the late Claude H. Buchanan and Tula B. Buchanan.

Claudia was a graduate of Durham High School. She married her husband of 62 years, Clifton E. Chappell in 1947. She retired with Blue Cross Blue Shield. She was a lifelong member of Edgewood Baptist Church, however, in the last several years of her life, she attended Mt. Moriah Baptist Church.

A graveside service will be held on Tuesday, September 17, 2019 at 2:00 PM at Woodlawn Memorial Park, Durham, NC.  In lieu of flowers, memorial contributions may be made to Mt. Moriah Baptist Church; 549 Erwin Rd, Durham, NC 27707, in Claudia’s memory.

The Chappell family is under the care of Hall-Wynne Funeral Service.

Offer Condolence for the family of Claudia Mae Buchanan Chappell 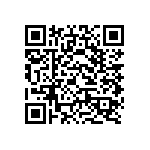