He attended Chatham County schools prior to being drafted into the U.S. Army. He served tours of duty during World War II in France, Rhineland, Ardennes, and central Europe. After being discharged from the military, he became a farmer and landscaper. Upon retiring, he enjoyed gardening, fishing and reminiscing about the good old days. His family joined Terrell Chapel A.M.E. Zion Church many years ago.

He was united in holy matrimony to the late Lillian “Ruth” Baldwin Nickerson. To this union were born seven children. He was a devoted husband, father, and a very loving and caring grandpa or “Paw Paw.”

“My body may be hidden, but I live in all my children.”

Offer Condolence for the family of Clarence “Ted” Nickerson, Sr. 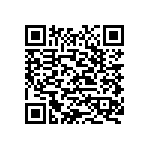