We mourn the death of Christopher Theodosios Lazakis, who passed away in Durham

followed in the footsteps of his father Theodosios, working as a teacher in North Epirus

and on Syros. After travelling to the US, he earned an MA in Political Science (New

School for Social Research, 1971), pursuing his special interest in International

Relations and Balkan Politics. He taught in his field in the US and in Greece, and

worked as a researcher at the Institute for Mediterranean Studies (Athens). His

publications include America, Greece and PASOK (1989), Ethnic Groups and Ethnic

Perpetuation of Nationalism and the Position of Ethnic Greeks (2002), The Crisis of the

Political System and the Mobilization of the Greek People (2011), and Memoirs of a

Writer [forthcoming], and numerous articles in newspapers and magazines. For more

information on his books visit ctlazakis.wordpress.com .

ethnic group in North Epirus, his homeland. His village upbringing also endowed him

with an ecological sensibility, expressed in his writings and practices. He was an

outspoken critic of neoliberalism, globalization and environmental destruction. His whole

and education together with respect for the local and indigenous, and those of us who

had the honor of knowing him must now build on that guiding legacy in his absence. He

his death. He loved long walks around Kifisia, the suburb of Athens where he lived for

over three decades. He was also an excellent chef.

He is survived by his beloved wife of 49 years, Mary Ellen, his child Anastasia, brothers

Themistoklis, Andreas and Aristeidis, and nieces and nephews. His funeral will be held

in the Greek Orthodox tradition, and his remains will be returned to Greece at a future

Offer Condolence for the family of Christopher Theodosios Lazakis 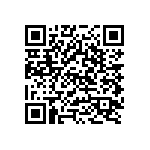