Charlotte (Totsy) Tucker O’Shea died on August 25, 2017, after several years of declining health. She was born in Watts Hospital, Durham, NC on April 27, 1926 to Charlotte Clements and Frank Emerson Tucker. She attended Morehead Elementary School, Carr Junior High, and was in the class of 1943 at Durham High. She graduated from Duke in 1947. In 1949 she married Thomas (Tommy) Michael Dillon O’Shea who died in July 2013. Surviving are a daughter, Patt, of Redwood City, CA; a son Michael (Lou) of Chapel Hill and their children Frank (Betsy) their children Tucker and Emmy of Florence, SC; Sarah Beth (Keith) of Virginia Beach, VA; and Thomas of Asheville, NC. Also, a son Bill (Mary) and his daughter Kristy (Devon), their daughter Addison, son Rowen of Durham. Also Mary’s children Cameron, Laura, Sarah (Daniel) and their children Jack and Harper. She was predeceased by her parents, husband and son Tucker who died in 1976. An avid bridge-player and gardener, Totsy had been active in her church, The Junior League, and Meals-on-Wheels. Her homemade mayonnaise is reputed to be the best in the South. Her children, grandchildren, and great-grandchildren will miss her deeply and love her always. A star (Cygnus RA 21h 19m 21s D 28○ 38’) is named for her, so she will always shine her light and love on us. Her family is grateful for the loving care given to her during her illness by Gwen Harris, Moyle Lee, and Ruby Gattis. Graveside services will be held at Maplewood Cemetery on September 2 at 10 a.m. In lieu of flowers, donations may be made to Durham Rescue Mission, c/o Rev. Ernie Mills, P.O. Box 1858, Durham, NC 27703-0858.

Offer Condolence for the family of Charlotte Tucker O’Shea 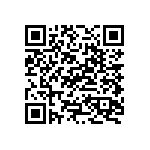