DURHAM-Charles Lindsay Brewer died peacefully on July 4, 2017, at Hillcrest Convalescent Center following a period of declining health.  He was a veteran of World War II and a genuine patriot and gentleman.

Charlie was the youngest of six children of John W. Brewer and Eva Coleman Brewer.  A lifelong resident of Durham, North Carolina, Charlie attended Durham High School, where he starred as a quarterback in football and a sprinter on the track team.  Immediately following his graduation in 1944, Charlie enlisted in the United States Navy and was dispatched to Norfolk, Virginia, to join the crew of the fleet oiler USS Taluga.  After loading fuel oil in Aruba and transiting the Panama Canal, Charlie and the Taluga joined the U. S. Pacific Fleet and provided fuel oil, aviation fuel, and other supplies to ships in the East Carrier Task Force.  Fortunately for his family and friends, Charlie and the Taluga survived Typhoon Cobra with 140 mile per hour winds in December 1944 and a kamikaze attack on the Taluga on the morning of April 16, 1945.

After the war ended, Charlie returned to the U.S. in 1946, and married his high school sweetheart, Peggy Brewer.  Charlie enrolled in college under the G.I. Bill and graduated from Duke University in 1950.  Charlie then embarked upon a number of careers in real estate that included building materials salesman, realtor, property manager, real estate appraiser, and expert property manager for the United States Bankruptcy Court Trustee.  In his last major assignment with the Court, Charlie was instrumental in the very successful reorganization of a bankrupt real estate development and property management company, with the return of almost one hundred cents on the dollar to the creditors of the bankrupt company, an almost unheard of result in complex reorganization proceedings.

Charlie was active in civic and social affairs.  Among other activities, he served at various times as President, Treasurer, and a member of the Board of Directors of the Durham Board of Realtors, a member of the Durham County Library Board of Trustees, a member of the Board of Directors of Security Savings and Loan Association, and a state director of the North Carolina Junior Chamber of Commerce.  He also was a frequent speaker and master of ceremonies at various events around town where he put his abilities as a thespian, dramatist, and humorist to best use.

Charlie’s personal interests were even more varied than his business and professional interests.  His family and friends were attentive listeners to a seemingly inexhaustible collection of songs and poems which he sang or recited from memory whenever the occasion warranted.  Two of his most famous renditions were Casey at the Bat and I Had But Fifty Cents.  A lifelong avid reader, Charlie had collections of  books about architecture, history, modern American literature, and poetry, including works by his favorite authors, Edgar Allan Poe, Mark Twain, Charles Dickens, Thomas Wolfe, and Winston Churchill.  Most of all, though, Charlie was devoted to his wife and family, always putting their interests and well-being before his own.

Charlie’s family would like to thank two individuals who helped care for him during his last two years:  Ola Dixon and Shawnta McNair, and also the wonderful team at Hillcrest Convalescent Center.

Funeral services will be held 11:00 am on Saturday, July 8, 2017, in the Chapel of Hall-Wynne Funeral Service. Rev. Debra Brazzel will officiate.  Interment will follow in Maplewood Cemetery, Section 4.

Offer Condolence for the family of Charles Lindsay Brewer 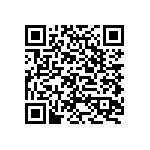