Charles Edward Buckley III, M.D., Professor Emeritus of Medicine at Duke University, passed away at the age of 88 on June 29, 2018 in Durham surrounded by his loving family.

Ed was born in Charleston, WV on September 2, 1929 to the late Charles Edward Buckley Jr. and Gladys Kuh Buckley. He graduated from Charleston High School at the age of 16, then attended Virginia Polytechnic Institute (Virginia Tech) and Duke University School of Medicine. He served in the U.S. Navy, attaining the rank of Lieutenant Commander, and saw active duty in the Mediterranean and Caribbean.

Following his military service, Dr. Buckley returned to Duke University Medical Center as a Research Fellow in Medicine and as a Research Associate in the Department of Biochemistry. He completed his residency in both Internal Medicine and Allergy and Immunology and became board certified in each.

He joined the Duke University Medical School faculty in 1960 where he spent his professional career as a Professor of Medicine and Associate Professor of Microbiology-Immunology. His approach combined primary research, teaching and clinical care for the benefit of his patients, students and the broader Duke medical community. He authored over 100 research articles and other publications and contributed chapters to 18 medical text books. He trained dozens of residents and fellows in the Internal Medicine and Allergy & Immunology specialties, and treated countless patients, many with chronic and acute respiratory illnesses.

After retiring from Duke in 1995, Dr. Buckley focused his research skills on his family, particularly family history–tracing the family ancestry back to the Jamestown colony and beyond and creating a digital library of family photos, videos and documents as a family archive. Ed was a life member of the Iron Dukes and an enthusiastic regular at Cameron Indoor Stadium, accompanied by his wife and family. He was a member of St. Stephen’s Episcopal Church in Hope Valley. Throughout his entire life he touched and influenced the lives of many.

Ed will forever be remembered for his sharp intellect, integrity, deep devotion to his family, students and patients and his enduring decency and humanity.

A memorial service will be held Monday, July 9 at 1 p.m. at St. Stephen’s Episcopal Church in Durham.

In lieu of flowers, the family requests that any gifts made in Dr. Buckley’s memory be to the American Lung Association, American Red Cross or Salvation Army. 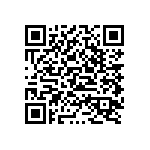