Charles C. Leverett (Chuck) went to be with the Lord Jesus on Tuesday, October 1, 2019.  Born in Missouri in 1925, he graduated from Middletown (MO) High School in 1943.  He worked on his family farm in his youth and taught school in a one-room schoolhouse in the fall of 1943.  In 1944 he was drafted into the U.S. Army and served with the 106th Infantry Division in France, later with the Signal Corps, Mechanized Calvary, Constabulary, Armor, Artillery, Engineers, and finally in Headquarters US Army Europe (Heidelberg, West Germany) and Headquarters US Continental Army Command (Fort Monroe, VA). He retired from the US Army in 1969 as a Sergeant Major.  During his military career he served in Europe and at several installations in the States.  He was married to Edna Thomas in 1950.  After his marriage, his family went with him to France and Germany.  After retirement from the Army, he supervised the building of his home and then went to work with the Environmental Protection Agency in Research Triangle Park, NC, retiring from that agency.  He was also a farmer in Durham County and has lived a quiet life after retiring from farming.  Chuck led Adult Sunday School classes during his Army career in overseas bases, and led the Adult Sunday School class at Bethesda and Calvary Methodist Church in Durham.  He changed to the First Reformed Presbyterian Church of Durham (RPCNA) before attending Cornerstone Presbyterian Church (Free Church of Scotland (Continuing)) in Mebane, NC in his later years.  He is survived by his three children, seven grandchildren, and twelve, soon to be fourteen, great grandchildren; his son Charles and wife, Debbie (Andrews) Leverett of Morrisville, NC, and their four children; son Chris and wife Cindy (Hiniker) Leverett, of Minneapolis, MN, their sons Benjamin Thomas and Joshua Charles, and their daughter Anna Marie; daughter Carolyn of Groton, CT; son Stephen and wife Keeley (Mann) Leverett of Andrews, TX, and their son Samuel David, and daughters Kynlee Joyce and Whitney Rae; and son Philip Martin and wife Faith (Davis) Leverett of Knightdale, NC, and sons Wyatt James and Henry Davis, with a daughter to be born in early 2020; his son David Earl, Sr, and wife Jan (Timmerman) Leverett of North Augusta, SC and their four children, one of whom is deceased; daughter Jennifer (Leverett) Blair and her husband John Blair of Savannah, GA, and daughter Rion Kate and son Ethan David, with a daughter to be born early in 2020; son David Earl, Jr. and wife Barbara (Miller) Leverett of North Augusta, SC, and son Luke Hampton and daughters Hannah Claire and Sadie Elizabeth; Karen Jan (deceased); and youngest child Jonathan Thomas Leverett of North Augusta, SC, presently engaged to Rebecca Kneisley of Columbia, SC, to be wed in 2020.  His youngest child Sarah Lynne Leverett lives in Durham, NC.

He is also survived by his younger brother Willard Leverett and his wife Gloria of Middletown, MO, and several nieces and nephews of his four sisters who live in Missouri.  He is preceded in death by his wife of 51 years Edna (Thomas) Leverett, his four sisters, and his granddaughter Karen.

The family will greet friends from 10-10:45 prior to the service and other times at the family home.

In lieu of flowers, please give freely to your favorite charity.

Offer Condolence for the family of Charles C. Leverett (Chuck) 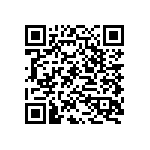