Catherine Gowing O’Foghludha, 88, of Durham, N.C. and Clonskeagh, Dublin, Ireland, died on October 30, 2013 in Durham, surrounded by her loving family. Known to her friends and relatives as Kit, she was born November 15, 1924 in Killeen House, near Daingean, Co. Offaly, to John Christopher Gowing and Margaret Brereton.

She was educated in the Loreto Convent in Bray, Co. Wicklow, where she excelled in sports. During World War II, she went to London to train as a registered nurse and midwife. She witnessed and survived the V1 and V2 Flying Bomb attacks on London, and treated some of the victims of those atrocities. She worked at the Royal Marsden Hospital, for the Knights of St. John of Malta, and in private duty.

Remaining in London until 1949, she returned to her native Ireland, where she worked as a nurse at St. Vincent’s and St. Luke’s Hospitals in Dublin. There she met her husband of fifty six years, Dr. Fearghus O’Foghludha, whom she married in 1956. They came to the United States to live in 1963, and to Durham in 1970, where Dr. O’Foghludha served on the faculty at Duke University Medical Center and Duke University.

Mrs. O’Foghludha was active in the Durham community, and worked for many years, beginning in the early 1970s, at the Nearly New Shoppe, where she served as manager. She also served as President of the Medical School Faculty Wives.

Mrs. O’Foghludha was steadfast in her loving husband’s final illness, and left to her children and grandchildren a love of art, travel, history, literature, and sports. She always supported her family and was very proud of their accomplishments.

She was preceded in death by her loving husband and her beloved siblings Frank, Mary, Angela, and Ann. She is survived by two children, the Hon. Michael O’Foghludha, Resident Superior Court Judge of the 14th Judicial District, and Dr. Ria Mairead O’Foghludha, a professor at Whittier College; a daughter-in-law, Linda Daniel; two grandchildren, Matthew and Kevin O’Foghludha; five siblings, Robin Hitchon, Thomas Gowing, John Gowing, Richard Gowing, and Dr. Edward Gowing, and many nieces, nephews, cousins, and other relatives and friends in Ireland, the United States, England, Australia, New Zealand, and throughout the world.

The family would like to thank the staff of the Hock Family Pavilion of Duke Hospice, and the physicians and staff of the Duke University Medical Center for their excellent care in her final illness. Visitation will be on Sunday, November 3, between 3 and 5 p.m. at Hall-Wynne on Main St. in Durham. The funeral will be at 11:00 a.m. at the Immaculate Conception Catholic Church in Durham on Monday November 4.

The O’Foghludha family is under the care of Hall-Wynne Funeral Service. Online www.hallwynne.com, select Obituaries.

Offer Condolence for the family of Catherine Gowing O’Foghludha 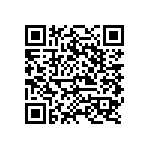