Mrs. Catherine Brewer Webster, 80, of X Campbell Road in Pittsboro, died May 28, 2011 at the Laurels of Chatham in Pittsboro.

Mrs. Webster was born in Chatham County on June 6, 1930, the daughter of Charlie C. Brewer and Deborah Cooper Brewer. Mrs. Webster was a member of Emmaus Baptist Church, where she had served as organist and pianist for a number of years. A homemaker, Mrs. Webster was a receptionist part-time for the former Flynt’s Florist in Chapel Hill.

The funeral service for Mrs. Webster will be held at 11 o’clock Wednesday morning, June 1, 2011 at Emmaus Baptist Church, with Rev. Ray Gooch and Rev. Steve Moore presiding. Interment will follow in the church cemetery. Friends may visit with the family on Tuesday from 5:30 – 7:30 pm at Hall – Wynne Funeral Home in Pittsboro.

Flowers will be accepted, or memorials may be made to Emmaus Baptist Church Building Fund, 2430 Silk Hope Gum Springs Road, Pittsboro, NC 27312.

Arrangements for Mrs. Webster are under the care of Hall – Wynne Funeral Service and Cremation, Pittsboro.

Offer Condolence for the family of Catherine Brewer Webster 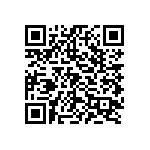