Mr. Carroll Earl Van Ryn, 80, died September 9, 2007 at his residence at Pittsboro Christian Village. Mr. Van Ryn was born August 12, 1927 in Marsh Harbor, Abaco, Bahamas, to August and Persis Roberts Van Ryn. He spent most of his life in Florida, before moving to Pittsboro in August, 2004. He served in both the US Army and US Navy, and was retired from sales. Mr. Van Ryn was and Elder in his church, and had preached the gosple for over 40 years.
He is survived by his wife, Roberta "Bobbie" Wright Van Ryn; his daughters, Debra Jean Chapman of Woodland Park CO, and Mary Ann Conlon of Columbia, SC; his son, Timothy Lane Van Ryn of Denver, CO; 11 grandchildren, and one great-grandchild.
The service to celebrate Mr. Van Ryn’s life will be conducted by Pastor Jonathan Brower and Pastor Timothy Van Ryn at 3:00 pm, Saturday, September 15, 2007 at Pittsboro Christian Village chapel. Interment will be held at 10:00 am, Monday, September 17, 2007 in Salisbury National Cemetery, Salisbury, NC. Friends may visit with the family from 2:30 – 3:00 pm Saturday in the chapel. In lieu of flowers, the family asks that memorial contributions be directed to either the Benevolence Fund or the Building Fund of Pittsboro Christian Village, 1825 East Street, Pittsboro, NC 27312. Online memorials: www.griffinfuneral.com. Select Obituaries.
Arrangements are in the care of Griffin Funeral Service of Pittsboro.

Offer Condolence for the family of Carroll Earl Van Ryn 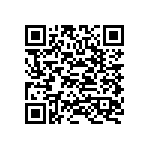