Carolyn Brown Filo was born September 16, 1928 in Orange, NJ, grew up in Milburn, NJ and moved from Basking Ridge, NJ to Raleigh, NC in July 1980. In 1993, she moved to Wake Forest, NC and then to Fuquay Varina, NC in 2009. Carolyn passed away after a valiant journey with a long progressive illness on Wednesday, October 18, 2017 surrounded by love and family.

A graduate of Millburn High School, she attended college in Wisconsin before marrying John P. Filo in 1951. They were married 36 years until John’s passing in 1987. A life-long Episcopalian, Carolyn was always active in her churches including serving as a member of the altar guild, church treasurer and other committees. She was also a volunteer with the American Cancer Society and Meals on Wheels for decades.

Carolyn had a passion for playing cards, numbers and math and worked for many years as a bookkeeper. Her favorite pastimes were NCAA basketball (Go Duke!), and watching the Chicago Cubs surrounded by her beloved dogs.

Carolyn is survived by four children: Steven, Virginia, Paul, and Andrea; 8 grandchildren: David, Jessa, Megan, Eliza, Alex, Collin, Marina and Brandon; 11 great grandchildren; and many other devoted family and friends. In addition to her parents, Carolyn was preceded in death by her husband John, daughter Susan and brother Travis.

Family and friends will be celebrating Carolyn’s life on Sunday, October 22, 2017 at St. John’s Episcopal Church (934 Durham Road, Wake Forest, NC) where she was a devoted member for 30 years. Visitation will be from 2 to 3pm, a Mass of the Resurrection at 3pm, followed by a gathering in the church hall. All are welcome.

In lieu of flowers, Carolyn’s family request donations be made to Hospice or any charity of choice.

Offer Condolence for the family of Carolyn Brown Filo 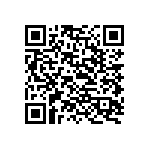