A memorial service will be held 3:00 PM Saturday, March 5 at St. Luke’s Episcopal Church, 1737 Hillandale Road, with a reception following at the church.

He served in the US Marine Corps and graduated from Philadelphia Textile Institute in 1952. He worked in the textile industry for 38 years, retiring from Collins and Aikman in Roxboro as Director of Product Development after 29 years.

Carl was an active member of St. Luke’s Episcopal Church in Durham for almost 50 years, serving as an usher, vestry member, and Senior Warden. He was active in Masonic Lodge 352 and served as Master in 1976. Carl was a member of the Holland Society of New York, the Society of Mayflower Descendents, and other genealogical societies. He was a member of the Durham Exchange Club, serving on the board of Durham Exchange Club Industries and honored as Exchangeite of the Year in 2003.

Carl’s two main hobbies were watercolor painting and golf. He was a member of both the North Carolina Watercolor Society and the Southern Watercolor Society, where he exhibited his work and won numerous awards for his art. Carl loved sports and especially golf, having won and placed in several golf tournaments. He was a member of DOGS Durham Organization of Golfing Seniors and the Triangle Senior Golf Association. He was a volunteer with the Carolina Golf Association and a past member of Willowhaven and Croasdaile Country Clubs.

The family is especially appreciative of the care he received at The Pavilion. In lieu of flowers, donations may be made to St. Luke’s Memorial Fund in his memory or to the charity of one’s choice.

Offer Condolence for the family of Carl Roger Fonda 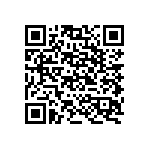