Carl R. Forthofer passed from this life on Monday, April 29, 2019, at the age of 85. Carl was born in Elyria, Ohio in 1933 and later moved to Lakeland, Florida with his parents.

He is survived by his wife, Lucia, one brother, David and spouse, and a host of nieces, nephews, and cousins. He was preceded in death by his parents, one brother, Alan, and three sisters, Claire, Doris, and Eileen.

He graduated from Catholic University in Washington, D.C. and then moved to Melbourne, Florida where he met and married the love of his life on April 22, 1972. He worked in Melbourne as a high school guidance counselor for 27 years. Carl had a great sense of humor and always had a smile on his face. Carl enjoyed woodworking, card games, golf and travel as well as being with friends He will be greatly missed by his family and friends.

A mass of Christian burial for Carl will be offered on Tuesday, May 7, 2019, at 11:30 am at Immaculate Conception Catholic Church in Durham, NC. Burial will follow in Maplewood Cemetery in Durham, NC.

In lieu of flowers memorial may be made to the American Heart Association or a charity of your choice in Carl’s name.

Offer Condolence for the family of Carl R. Forthofer 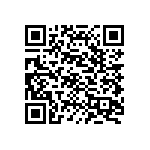