Carl was born in Pinetta, FL January 17, 1943 to Carl and Harvie Boyd, Sr. He graduated from Madison High School in 1961, where he played on the basketball team, and was involved with the FFA, school annual, newspaper, and student council. He enlisted in the United States Army for 4 years, and left with an honorable discharge. Carl attended college and received an Associates degree in Business and another in Restaurant Management. He became involved with the Tallahassee Little Theatre in Florida, and played several parts in various plays. His interests, hobbies and achievements were numerous and varied, which ranged from repairing anything to scuba diving. He had a quick wit, loved reading, and had a genuine interest and concern for people. He would spend any amount time needed to help and teach anyone who needed or wanted whatever skills he could share. His 35 year career as telephone contractor would take him all over the country, but when home, he appreciated and made the most of his time spent with family and friends.

He is preceded in death by his parents, and his brother, Johnny. Carl is survived by his loving wife of 31 years, Gail Boyd, his daughter, Sara Boyd, and son, Morgan Boyd and daughter, Cynthia Boyd by a previous marriage, sister, Margarite Farris, numerous nieces and nephews, and cousins.

Offer Condolence for the family of Carl Mills Boyd, Jr. 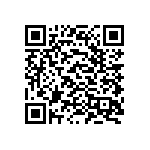